What Are the Benefits of a Palatal Expander?

What Are the Benefits of a Palatal Expander? 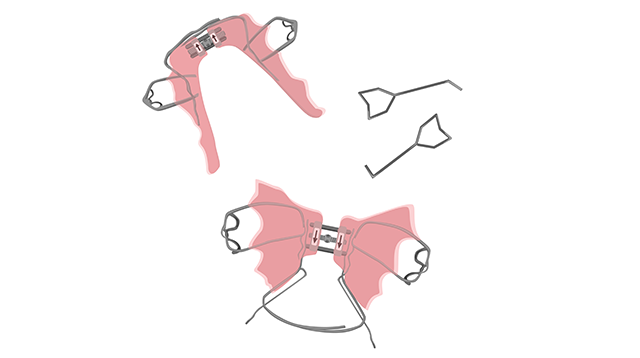 Grayslake And Round Lake, IL – The American Association of Orthodontists recommends that children visit the orthodontist for the first time around the age of seven. For some people this may seem too young, but it is the ideal time for several reasons. The most important reason is that by starting a relationship with an orthodontist early, the orthodontist can take advantage of a jaw that is still growing.

“The ability to guide the growth of the jaw allows us to create ideally functioning smiles in the most efficient and effective manner,” says Dr. Michael Stosich, an orthodontic expert serving patients in the Round Lake area. “If patients wait until later in their adolescent years or adulthood for orthodontic treatment, we can still carry out treatment, however, it may be more involved and can require the use of jaw surgery in order to achieve the most ideal results.”

Children, however, can benefit from appliances that can guide the growth of their mouths, such as palatal expanders. This device is fixed in the mouth and helps widen the upper jaw in order to correct issues such as crossbites.

In females, the jaw typically stops growing between the ages of 13 and 15, while in males jaw growth typically stops between the ages of 16 and 18. However, the ideal time to use a palatal expander is before the age of 14. This is because the midpalatal suture, which is what connects the right and left halves of the upper jaw, does not fuse together until around this age.

A palatal expander works to separate the two halves of the jaw, allowing for new bone to be produced, and thereby widening the upper jaw more than it would have been naturally. This might sound intimidating, but it is actually a rather easy process for the still-growing patient.

Each palatal expander is custom-created for the individual patient. It fits over several of the top teeth in the back of the mouth and consists of two halves that are connected in the middle by a screw. The device gets activated by turning the screw a small amount each day with a special orthodontic key. This causes the two palatal bones that have not yet fused together to gradually begin moving apart.

Once we have achieved the desired expansion, the expander remains in place to allow for new bone to form in between the two palatal halves. This will ensure a stable result. The average patient wears an expander between three and six months.

Patients can expect there to be a bit of soreness associated with the use of the expander. When the key is turned, you may feel pressure. However, patients often say that activating the expander causes less discomfort than an average braces tightening does.

The patient will require time to adjust to life with the palatal expander in. Speaking and eating will feel different at first as the tongue gets used to having the appliance in place. You may also notice that a gap could form between the front teeth. This is an indication that the expander is doing its job. Don’t worry – once expansion is complete and we move on to the straightening phase of treatment, this gap will go away.

While your child is using the expander, you will have more frequent visits to the orthodontist. This is to ensure the appliance is working properly and that we know when to stop activating the device.

Palatal expansion is not ideal for every patient. A skilled orthodontist such as Dr. Stosich can determine when and how it can be beneficial in order to create the most ideally functioning bite.