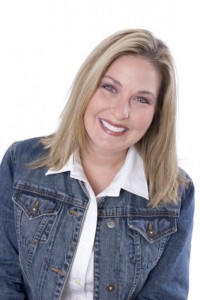 GRAYSLAKE AND SKOKIE, ILLINOIS –National Orthodontic Health Month has come and gone, leaving behind an interesting survey about adults and orthodontic treatment.

The American Association of Orthodontists spearheaded the survey in October in honor of the month geared toward oral health awareness. Adults were asked questions such as whether they were too old for treatment and how they would look during treatment, particularly if they were undergoing treatment with traditional metal braces instead of a more aesthetic option such as Invisalign.

“This survey found that adults believed orthodontic treatment would contribute to significant improvements in their professional and personal lives,” says Dr. Michael Stosich, a Grayslake and Skokie orthodontist. “Obviously that was music to this orthodontist’s ears, because I agree. I see it time and again among my adult patients.”

The survey included adults who had undergone orthodontic treatment by orthodontists. It found that 71 percent of participants were concerned prior to treatment as to whether they were too old or would feel self-conscious about their appearance as they underwent treatment. However, an overwhelming majority reported an end to those concerns once treatment began, according to an article on the website Dr. Bicuspid.

Seventy-five percent of adults in the survey reported that they had experienced career improvements, as well as improvements in the area of personal relationships, and they attributed these to the improved smile achieved through adult orthodontics. Younger adults offered the most favorable results, with 87 percent of those between the ages of 18 and 34 reporting increased success with personal relationships after treatment. Ninety-two percent of those who took part in the survey said they would recommend orthodontic treatment to other adults for its confidence-building benefits.

“Association members were treating a total of nearly 5.9 million patients in 2012, an increase of 20 percent compared with 2010,” according to the Dr. Bicuspid article.

A recent AAO study also found that an increasing number of males are seeking orthodontic treatment. As of 2012, 44 percent of adult patients were male, which indicated a 29 percent increase since 2010.

The increase in adult patients undergoing orthodontic treatment could be at least partially attributed to a $5 million advertising campaign the AAO launched in 2012 that targeted the adult market.

“As an orthodontist, I was glad to see the AAO embark on that campaign, because adults needed to understand that orthodontic treatment isn’t just for children anymore,” Dr. Stosich says. “There is no reason to go through life feeling embarrassed about your smile and lacking self confidence because you fear your window of improvement has passed now that you’re an adult. It’s simply not true.”

Another reason for the increase in adult patients seeking treatment has to do with the technological advancements that provide for more aesthetic treatment options, such as Invisalign and lingual braces, Dr. Stosich says. Lingual braces are bonded to the backs of the teeth, making them unnoticeable to others.

“I provide lingual treatment in our office, and it’s an ideal option for adult patients because it combines aesthetics with fast tooth movement,” he says.

We here at iDentity Orthodontics continue to enlighten adult patients daily when consulting those who are considering treatment. We are proud of the role we play in improving lives, one smile at a time.