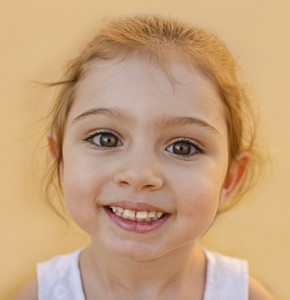 GRAYSLAKE AND KENILWORTH, ILLINOIS – Our desire here at iDentity Orthodontics is for every child to have a healthy, beautiful smile composed of beautifully aligned teeth and a proper bite that promotes lifetime oral health.

If your child has significant overjet that goes uncorrected, a 2013 study shows – again – the likelihood of this being the case is slim without interceptive orthodontic treatment.

Overjet is the term used to describe the condition where the front teeth in the upper jaw advance well in front of the lower jaw’s front teeth, says Dr. Michael Stosich, a Grayslake and Kenilworth orthodontist. You probably have heard people use the term “buck teeth,” which is a common way of referring to overjet.

The 2013 study we’re referencing today was published in Oral Health & Preventive Dentistry, and involved students in Anapolis, Brazil who were between ages 9 and 14, according to the National Center for Biotechnology Information. It found boys experienced twice as many teeth injuries as girls, and the two front teeth were the most commonly injured teeth, making up nearly 85 percent of the cases in the study. Enamel fractures were the most frequent injuries, followed by enamel-dentin fractures and enamel cracks. Only 26 percent of the traumatized teeth identified in this study could be restored.

This information is in line with information found in the European Journal of Orthodontics in 1999, which states children with overjet greater than 3 millimeters were twice as likely to sustain injuries to the front two teeth.

“Studies such as these help us continue to drive home the importance of early orthodontic evaluations by age 7 and the vast benefits of orthodontics for children,” says Dr. Michael Stosich.

The American Association of Orthodontists recommends age 7 because the bite is established by this age and there is a mixture of adult and baby teeth. Experts such as Dr. Stosich can identify whether overjet and other conditions exist, and if your child would benefit from addressing potential problems early with braces or other orthodontic appliances. But don’t wait until age 7 if you see something noticeably wrong with your child’s bite or teeth.

“Falls cause more dental injuries than organized sports, and young children tend to be more prone to falls,” Dr. Stosich says. “Children who have significant overjet would benefit from having this identified and addressed early.”

We see children younger than 7 when savvy parents suspect a problem. Sometimes the problem needs to be addressed. Others, we simply continue to monitor the child to determine the best time to take action.

“Even if no treatment is needed, the peace of mind we can give parents is worth the visit,” Dr. Stosich says.

Learn About Our Kenilworth Office