Missing Some Teeth? Grow New Ones!

Missing Some Teeth? Grow New Ones! 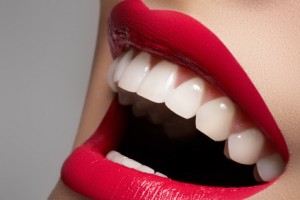 GRAYSLAKE AND KENILWORTH, ILLINOIS — This likely will sound like we’re confusing fact with scenes from a science fiction movie, but rest assured it’s true: researchers are using stem cells to grow new teeth.

This research is particularly near and dear to Dr. Michael Stosich’s heart, because he has an extensive educational background in stem cell research at the University of Pennsylvania, Columbia University and University of Illinois. He also has had dozens of papers published on the topic, and he has given presentations on the topic of stem cells in medicine. He has won a number of awards related to his stem cell research, too.

The website DVice reported on March 16 that researchers have successfully combined adult human gum cells with cells taken from the molars of fetal mice to grow teeth that contain dentin – the structural material of teeth – with viable roots and hard protective enamel.

“Although practical applications of this may be several years away, it’s promising research that could have orthodontic applications,” says Dr. Stosich, who provides braces and other options like orthodontic treatment for adults and children at our Grayslake,Round Lake, Gurnee and Waukegan. “In the future, these tissue engineered teeth will be made from patients’ own stem cells. This is currently underway.”

We get patients occasionally who have congenitally missing teeth, or they have lost a tooth due to trauma or decay. Presently, an orthodontist typically recommends dental implants for correcting this problem once the patient is about age 21. If they are younger, we fill the space with an appliance called a Maryland bridge. The appliance gets its name from the University of Maryland where it was developed. It is a type of dental bridge that enables a false tooth to be positioned in the space left by a missing tooth.

“It’s exciting to know there will come a day when we employ tissue engineering to place real teeth in areas where a patient’s teeth are missing,” says a Grayslake orthodontist Dr. Stosich, who treats patients even from Gurnee, Waukegan and other neighboring areas. “Within our lifetime, we should see this research translated from bench to bedside.”

“Tissue engineering is an interdisciplinary field that applies the principles of engineering and the life sciences toward the development of biological substitutes that restore, maintain or improve tissue function,” says Dr. Stosich, a Grayslake Invisalign Teen provider.

Drs. Charles and Joseph Vacanti of Massachusetts General Hospital created the Tissue Engineering Society in 1994 and incorporated it two years later. Today the society has thousands of members who work to advance the field. The foundation of what the society focuses on regarding modern day bioengineering was laid in the 20th century. In the 1970s, scientists began genetically engineering some of the growth hormones used in current bioengineering.

Now companies have formed – such as Odontis, created in 2004 by King’s College London scientists – that work on developing human teeth from stem cells. Their work involves taking adult stem cells and treating them in a cell culture so they are programmed to develop into teeth. Scientists would transplant them into a person’s jaw where a gap exists, and then a replacement tooth would grow just as happens when people grow their original adult teeth.

These scientists believe it would take two to three months for the tooth to fully develop, according to an article posted at Upgrade Your Body. The cost should be comparable to existing treatment options, which could make it a viable alternative to implants.

We are anxious to continue following this subject, and we’ll keep you posted as developments occur.