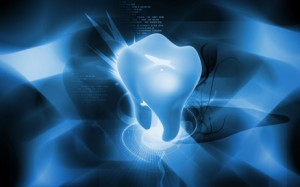 GRAYSLAKE, ILLINOIS – The power of 3D technology is becoming more widely used in orthodontic circles for fabricating appliances such as aligners and retainers.

But Grayslake and Skokie orthodontist Dr. Michael Stosich sees a day on the horizon when 3D printers will do far more for serious craniofacial orthodontic cases and patients stricken with cancers in the oral cavity.
While it is handy to have the ability to fabricate orthodontic appliances on-site with 3D printers, using the technology this way just scratches the tip of the iceberg in terms of capability.

Dr. Stosich used 3D printers to make blood vessels, various types of bone, periodontal ligaments and cranial sutures using biocompatible materials during his time at the University of Pennsylvania. Based on that experience, he sees a bright future in 3D.

“As of yet, 3D printed bone and blood vessel substitutes aren’t being used in orthodontics,” Dr. Stosich says. “It’s a new field, but very promising for craniofacial cases and other orthodontic anomalies. For the routine patient missing a tooth with a bony defect, this will offer a viable solution some day soon. This also will prove helpful for cancer patients who must have portions of bone removed along with a tumor.”

How soon, you ask? Some researchers say it will be possible within five to 10 years.

We realize this topic sounds a bit like a science fiction movie, but stick with us as we explain in understandable terms what all of this means.

Let’s say you’re an adult who lost one of your molars 20 years ago and you never replaced it. As a result of that missing tooth, the jawbone in that area will have deteriorated through the years. Replacing the tooth today likely would require bone grafting, using cadaver, bovine or synthetic bone. Once 3D printing is a viable solution, scientists will be able to engineer a dental implant that already has bone in it. It will prevent people from needing an extra surgery.

Another scenario: you have a child who was born with a cleft palate, he is missing an upper lateral incisor and there is a bone defect that must be addressed.

“With 3D printing capability, we will be able to fill in a portion of the deteriorated bone and make a tooth using the child’s own cells,” Dr. Stosich says. “Any time you use your own cells to heal your own body, it’s better.”
Other conditions ripe for correcting with this advanced technology include children born with a number of congenitally missing teeth, and tumors that require removal of part of the jaw.

“Instead of using a prosthetic, we’ll be able to grow a whole new jaw bone with viable cells,” Dr. Stosich says.
One roadblock to using 3D printing more widely today is cost. Scientists can take scans of patients or normal cranial bone and use a printer very much like a desk printer, only it can print biomaterials instead of ink to create body parts.

“When you talk about a custom fit, it doesn’t get more custom than that,” Dr. Stosich says. “But it’s not cheap. 3D printing will make more sense when it becomes more scalable so we can keep costs down for patients and practitioners. It will be industry and economics driven.”

Prior to opening his Grayslake orthodontics office, Dr. Stosich got involved with 3D printing technology during graduate school when he experimented with different printing methods. His first task was trying to print human cells.

“That went well, and led to a number of discoveries in terms of how to print bone and blood vessel cells, and how to print fat,” he says. “In concert with that, I experimented with printing biocompatible materials. The end goal of all that was to design human body part substitutes.”

He looks forward to the day when he can incorporate more of this research into his private orthodontics practice.