Dr. Michael Stosich is Appointed Trustee for the Hadley School for the Blind

Dr. Michael Stosich is Appointed Trustee for the Hadley School for the Blind 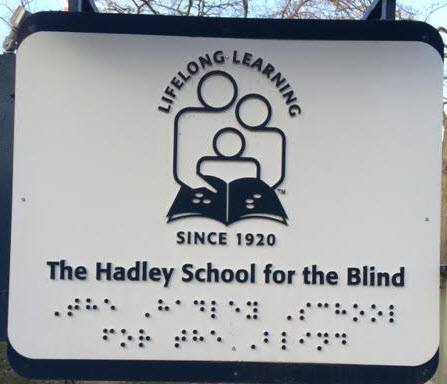 We are honored to announce that our own Dr. Michael Stosich has been appointed Trustee for the Hadley School for the Blind. Dr. Stosich at iDentity Orthodontics firmly believes in reaching out to the community and this is one more way in which he remains involved in helping those in need to enjoy a more fulfilling life through his philanthropic endeavors.

Dr. Stosich was invited by the school’s president, Charles Young, where he was unanimously voted in to act as trustee on behalf of the school. Dr. Stosich considers this an honor to be appointed to such a renowned school as Hadley. He is one of the youngest members and currently the only D.M.D. on the list of Trustees at the Hadley School. Dr. Stosich is also a current educator where he is Faculty at the University of Chicago, and currently runs his busy orthodontic practices in Grayslake and Kenilworth, Illinois. His practice involves helping children to older adults to have a healthier life through orthodontics, where his inclusive orthodontic philosophy also serves the Illinois All Kids Braces Program.

His role as Trustee at the Hadley School will further allow him to remain involved in the educational sector through charitable work and fund raisers on behalf of The Hadley School. Contributions raised afford the school various equipment, educational materials, and educational facilitators for the students.

When asked about his appointment as Trustee for the school, Dr. Stosich said: “Being appointed as a Trustee to such an admirable institution is truly an honor. I look forward to being an active member and continuing my mission of serving the underserved.”

The Hadley School for the Blind reaches out to the blind and visually impaired in the U.S. in all 50 states, and abroad in over 100 countries. The school is the largest educator of Braille worldwide and is the largest provider of distance education for individuals and families. The school was founded by William Hadley and Dr. E.V.L. Brown in 1920. The school operates as a non-profit corporation under 501 (c) (3) and is solely dependent on contributions from corporations, individuals, and foundations for its programs funding.

Hadley was a tenured high school teacher when he became blind at the age of 55. He quickly learned that there were no available resources to aid his transformation into the different world in which he inherited. Because he was not one to succumb to his plight, he realized that by trying to help himself, he had set the foundation to help others in similar situations.

He devised a way to bring the school’s curriculum to those who wanted to learn in a way most convenient to them. It began with reaching out via the USPS and now through the media of computers and mobile devices. Students also have the option to attend classes at their local Hadley School for the Blind across the nation and internationally. The teachers at Hadley teach students how to learn over the Internet and mobile devices so students have the ability to progress along with technology on a routine basis.

This helps to benefit those born in blindness, veteran’s wounded in action, the elderly who suffer from macular degeneration, and for other reasons that people may lose their sight to blindness to have a better, more productive life and to become a more engaged in societal functions. For these reasons, Dr. Michael Stosich at iDentity Orthodontics will take his appointment to heart, and will serve his role to the fullest degree.