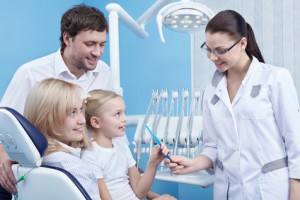 GRAYSLAKE AND SKOKIE, ILLINOIS – Children who need orthodontic treatment require it for a variety of reasons. It can correct facial imbalances, make room for crowded teeth and widen palates, when necessary.

The most important predictor of orthodontic treatment is a condition known as overjet, according to an article in the European Journal of Orthodontics. This is a topic we’ve written about recently, but we feel strongly that parents should understand the importance of correcting this particular type of malocclusion.

“When we’re talking about overjet and self-esteem, the issue of aesthetics goes much deeper than a preteen or teenager complaining about wanting Invisalign instead of metal braces,” Dr. Stosich says. “Often, children with severe overjet would gladly take metal braces for the promise of an improved smile.”

Severe overjet makes some children so self-conscious they refuse to smile with their lips apart. It can snuff self-confidence, interfere with relationships and leave children open to bullying from their peers.

A Brazilian study published in 2005 that involved more than 300 children between ages 10 and 14 found 27 percent of the children reported an aesthetic impact on their daily lives due to malocclusion, according to an article in the American Journal of Orthodontics and Dentofacial Orthopedics.

Correcting overjet in children is important from a health standpoint because overjet of more than 3 millimeters makes them twice as likely to experience a traumatic dental injury. Children can fracture their crowns, or their teeth can intrude into the gums.

There’s also the issue of lip incompetence. This is the term used to describe when a child is unable to fully close her lips, and the mouth stays open.

“Sometimes that can lead to mouth-breathing secondarily, but all of that is treatable,” Dr. Stosich says.

We can evaluate your child to determine if her lip incompetence is something she will outgrow, or if it is caused by overjet. Uncorrected lip incompetence can
lead to speech errors and dental alignment changes if the lips-apart resting posture accompanies the lower jaw dropping down slightly to an open position to help facilitate oral breathing, according to an article on OrofacialMyology.com. Together, these conditions can lead to increased eruption of the back teeth that can occur when the lower jaw’s resting posture is increased beyond the normal range for hours per day.

A 2011 study in the Dentistry, Oral Surgery & Medicine Journal found that 4.15 percent of the more than 1,000 students between ages 4 and 15 in the survey experienced traumatic dental injury. More than 95 percent of those injuries were to the upper front teeth, with the majority occurring to the front two teeth.

“Overjet of more than 3 mm and inadequate lip coverage were found to be important contributing factors for TDIs,” the study states.

If you’re concerned about your child’s overjet, call our office for a complimentary consultation. The American Association of Orthodontists recommends all children be evaluated by an orthodontist by age 7.